On October 30th, the Chilean President Sebastian Piñera announced that COP25 would not go forward in Santiago on 2 December as planned, due to continuing and sustained civil unrest in the country. Alternative dates and sites for the conference are urgently being investigated by the Secretariat of the UNFCCC.

The Chilean government emphasized that it will continue to hold the COP Presidency until COP 26 when the UK is expected to take over. This means that COP 25, designated “the Blue COP”, will continue to prioritize the climate/ocean nexus when delegates eventually convene. On 31 October, the Spanish Government. has offered to host COP25 in Madrid, at the same dates it was originally planned, 2-13 December, 2019.

Under the Paris Agreement, Governments are meant to update in early 2020 their plans (known as Nationally Determined Contributions) for reducing CO2 emissions. 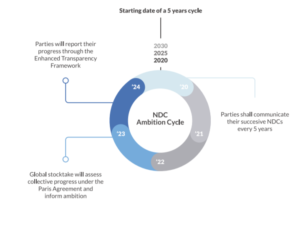 A change of venue, or even a postponement of the COP would be no reason to delay those efforts. Given the rapid changes in the ocean environment as a result of global warming and unabated CO2 emissions, those plans should include measures to increase ocean resilience. COP25 President Carolina Schmidt, Environment Minister of Chile, and Teresa Ribera, Spain’s Minister for the Ecological Transition who would co-host the COP if Madrid’s offer is confirmed next week are both committed advocates of ocean action. Together, they took part in the Before the Blue COP workshop organized by the Because the Ocean initiative in Madrid in April 2019.